Have Your Military Graduation Party with Us

Whether you’re planning a full-scale military graduation party or are simply looking for a family-friendly activity while you’re visiting one of the San Antonio bases, Embassy Miniature Golf is the place to be.

Give us a call to arrange a private military graduation party and reserve the whole course for your friends and family for three hours or more. We’ll even take care of the catering if you like, so you can enjoy the occasion with your loved ones and focus on the celebration. Don’t need the whole place to yourselves? 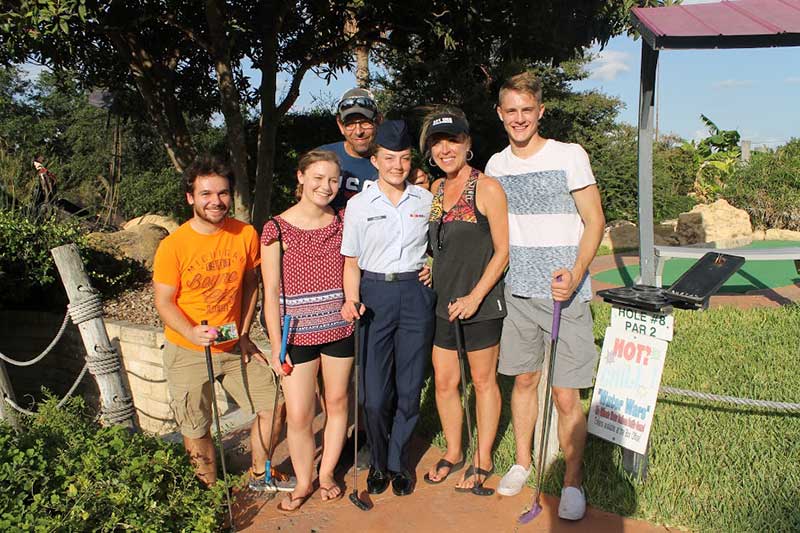 Our extended evening and weekend hours make it easy to pop over and enjoy a round of miniature golf when you have time between events.

Bring the Whole Family Together for a Day of Fun 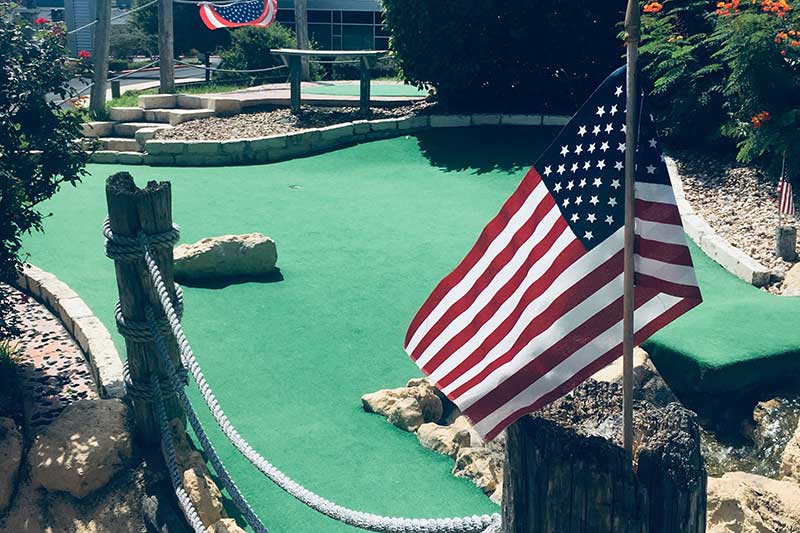 Visiting Embassy Miniature Golf is like taking a trip to a tropical island without having to leave San Antonio. Relax under the palm trees, get lost in the sounds of the waterfalls, and take in the faint scent of honeysuckle as you work your way through 18 unique holes.

Adults in your group will appreciate the challenge of navigating our rolling hills, while children will delight in “Animals and Friends” score card that works like a scavenger hunt, allowing them to mark off Ellie the Elephant, Puttunia the Giraffe, and many more, as your family continues through our outdoor golf adventure.

Afterwards, check out the fully stocked arcade to extend the fun or hit the snack bar and catch up over a treat. There’s so much to do, you just might find yourself on island time as you laugh and putt your way through the day.

Four of our bases (Randolph AFB, Lackland AFB, Fort Sam Houston, and Camp Bullis) have been merged into the singular “Joint Base San Antonio,” which employs 20% of the population (that’s 80,000 people!) and hosts over 130,000 students every year. This makes it the largest Department of Defense installation in existence today! 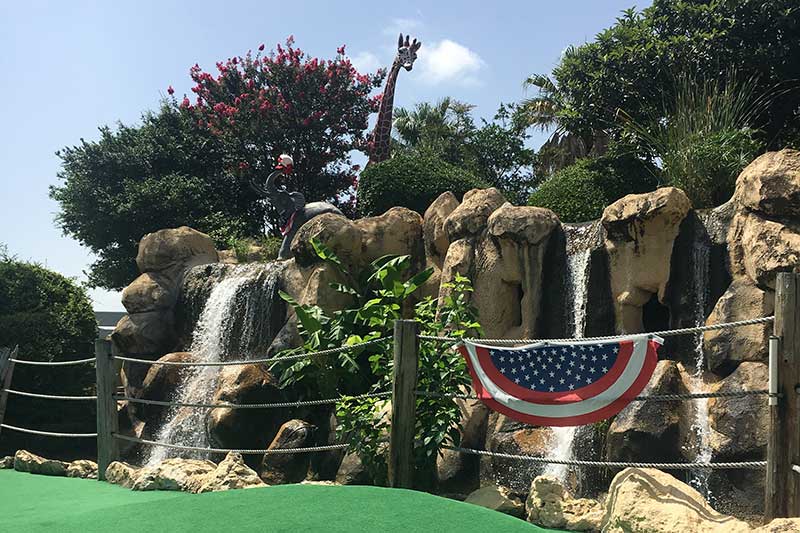 We’re proud of this heritage and warmly welcome all military families to visit Embassy Miniature Golf. Whether you’d like to plan a private military graduation party and reserve the whole place or just want a fun day outdoors, it would be our honor to serve you!

For your convenience, we’ve provided estimated drive times and directions from each of our local military bases below:

Let us help you celebrate your Military Graduation with a fun-filled day on the greens!

Contact Us
It's just another way that "We Do Miniature...BIG!"